X MUSE is not just a brand but a journey, a winding path to take with mysterious twists and enlightening side-passages. There is much to discover about how we craft our vodka, the selection of ingredients and the complexities of our distillation and blending process. But there are other elements of our story to unearth, the integration of ‘art thinking’, and our more subtle, esoteric influences.
The 'Magic' within the Brand. 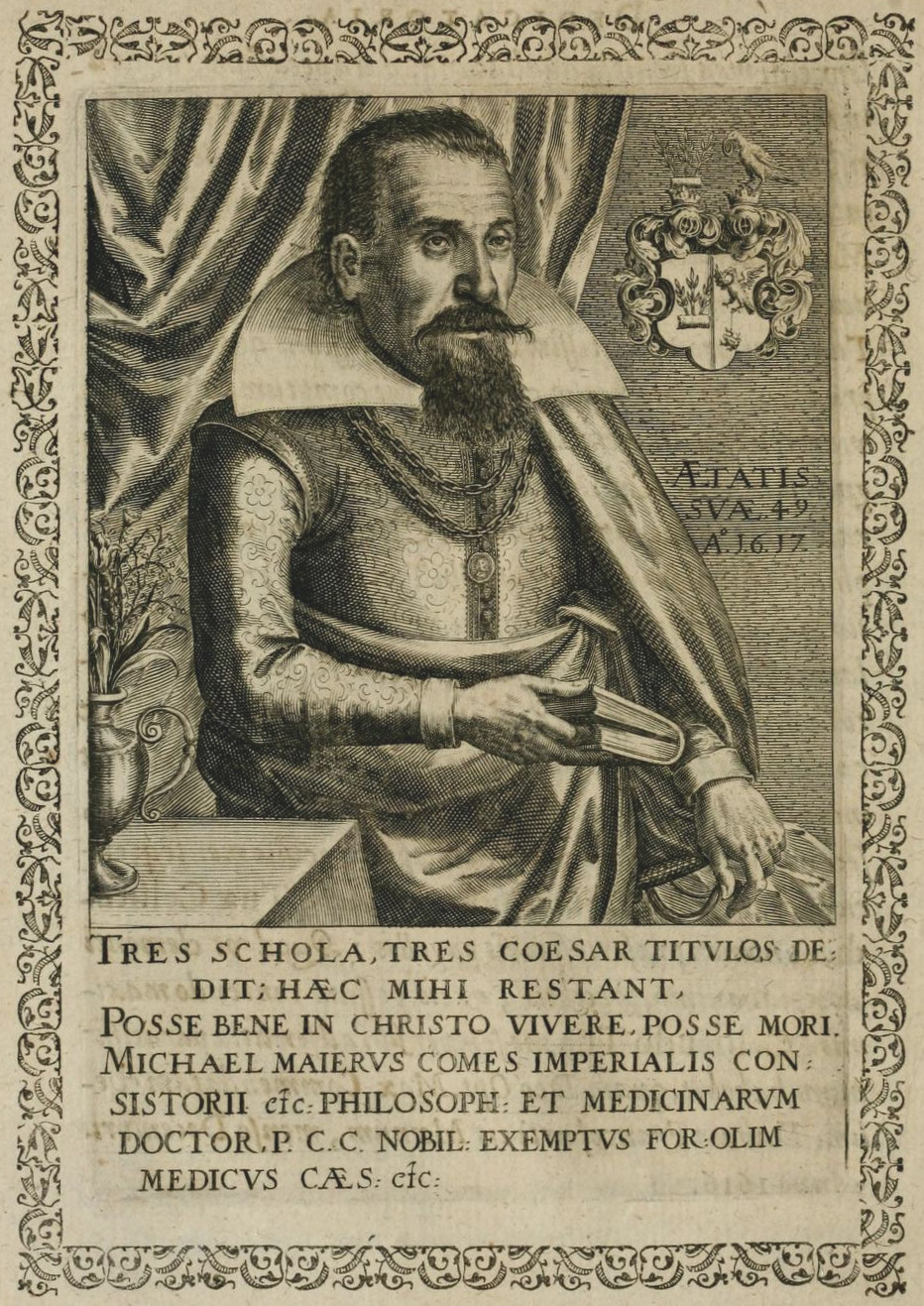 OUR INSPIRATION:
THE ALCHEMICAL
TRADITION

Alchemy is a philosophical tradition that looks for the hidden mechanics of nature and time. Alchemical thought is a syncretic fusion of ancient theologies, pagan wisdom, Kabbalah, the thinking of Islamic sages, natural philosophy, Dionysian Mysteries and alchemists often called themselves “philosophers,” describing their work simply as “art” (ars) or “philosophical art”. Alchemical concepts remain vital and alive, reverberating in contemporary art movements from Conceptual Art to Arte Povera and Fluxus.

European alchemy owes its corpus, technical knowledge, codes and allegorical images to the Arabs, but its spirit is rooted in the natural philosophy of ancient Greece, laid in 500 B.C. Alchemy’s essential ambition is incorruptibility: the transmutation of lead into gold, the mortal into the immortal. And the Alchemist’s ultimate goal is the discovery of the Philosopher’s Stone, the essential catalyst for transmutation, the “stone which isn’t a stone, this precious thing which has no value, this polymorphous thing, which has no form, this unknown thing which is known to all”, according to Zosimos of Panopolis, an Egyptian alchemist and Gnostic mystic, c. 300 AD.

Alchemists thought of themselves as “merchants of light”, of learning as “illumination” and alchemic practice has informed and been informed by mathematics, physics, astronomy, architecture, mechanics, and optics. Indeed, all of the above were once simply components of the larger discipline of alchemy, or as it was often called in seventeenth-century England, "chymistry." All these practices were employed as part of alchemy’s grandest enterprise (and the most human of hankerings): power over time itself. Philosopher’s stone function is to supersede time. 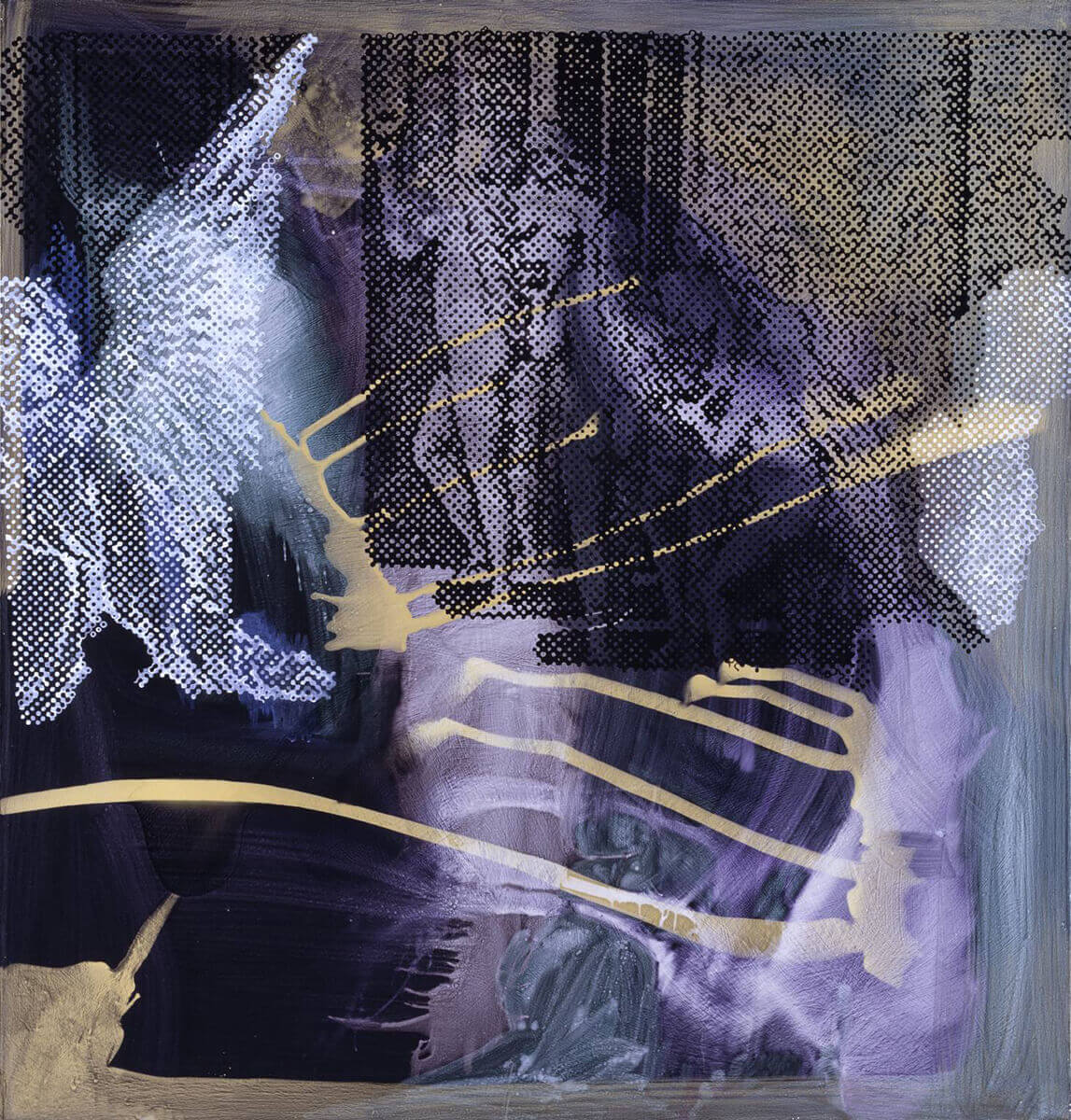 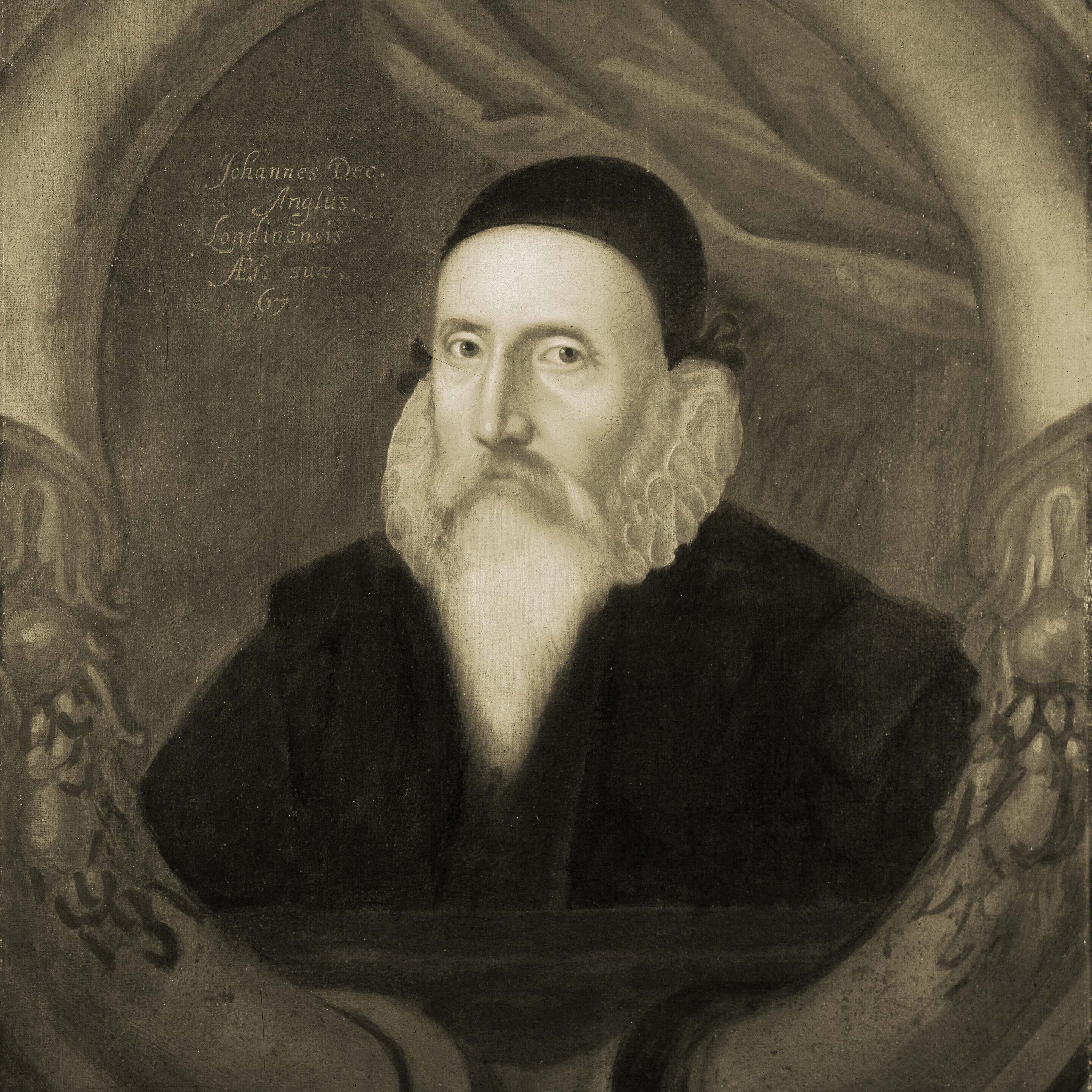 Court astronomer and counsellor to Queen Elizabeth I, sometimes referred to as “The Queen’s Merlin”, Dr John Dee was a mathematician and philosopher, navigator and cartographer, a man of science and letters. He travelled and studied all over Europe and assembled one of the finest libraries in England. But he was also an alchemist and occultist who wanted to learn the language of angels, a searcher for strange truths and the hidden mechanics of the universe, what some might call magic.

Dr Dee was the most important and influential alchemist of his time and an adviser, not only to Elizabeth I, but also to Rudolph II, the Holy Roman Emperor from 1576 to 1612. Rudolf was passionate patron of the arts and surrounded himself with alchemists and natural philosophers.

Dr Dee is now seen as both magus and herald of the modern. He appears in books, comics and an opera by Blur founder Damon Albarn, he has been material for the film maker Derek Jarman and the novelist and biographer Peter Ackroyd. Like William Blake, he is seen as link to an England less rational but more searching and spiritually alert. His story reminds us that Newton too was an alchemist and that, as Arthur C Clarke noted, science, technology and magic are often indistinguishable.

Dr Dee developed what he called the Hieroglyphic Monad, a symbolic alignment of the sun, the moon, the elements and fire. In 1564, Dee produced a book about this symbolic system and his larger theory of alchemy. The Monas Hieroglyphica is considered the most enigmatic of alchemical treatise, a complex mix of allegory, allusion and metaphor.

The Hieroglyphic Monad has lived on and gained iconic power, a symbol for hermetic and alchemical philosophy. It is also the inspiration behind X MUSE’s own brand identity, re-imagined by London design studio, A Practice for Everyday Life. 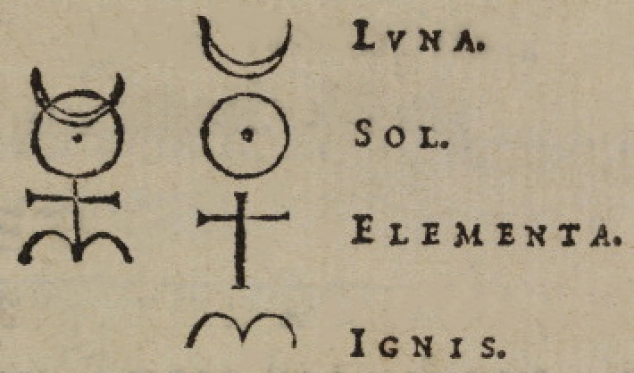 MONAS HIEROGLYPICA
representing (from top to bottom): the moon; the sun; the elements; and fire.

We take pleasure in not knowing. Total conviction and an unquestioning mind are a kind of death. We are alive to ancient wisdoms that suggest paths to enlightenment but never hand down decrees or ordained truths. We study religions, art and alchemy, and philosophic traditions – disciplines that investigate the spiritual in different mediums. We embrace the esoteric and mystery as essential to the human imagination and as pathways to higher levels of consciousness.

We have set out to explore the unseen but knowable dimensions of reality. We believe that the void is sometimes stronger than what is visible and present, that which is unsaid can have far greater power than what is said.

We believe that the elements are living forces and that all matter, organic or mineral, possesses energy and life force. We are defined by the life-affirming ache to truly understand, not the shallow satisfaction of easy answers. And we are committed to communicating in ways that do not patronise and insult but intrigue and inspire, that asks questions and respects the generous spirit and intelligence alive in everyone. 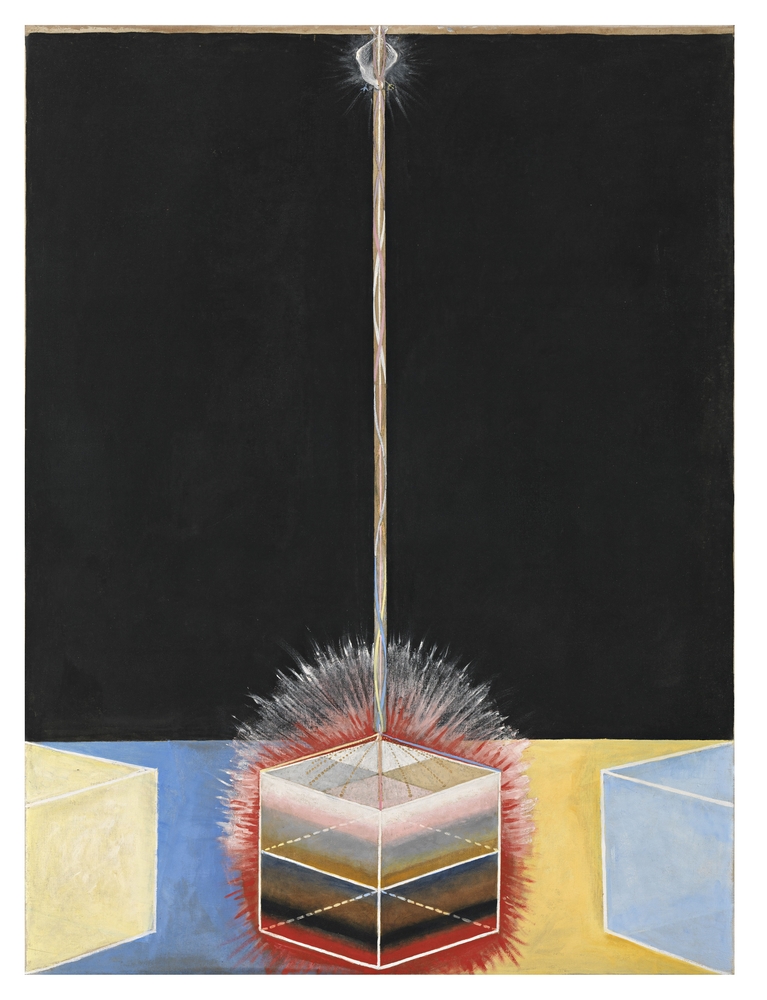 We see transcendence – seeing, feeling, being outside the constructed ‘self’ – as vital to true connections and true creativity. We see transcendence as a life-long process and practice. And we know that true transcendence means being fully alive to each moment and its possibilities, that our pasts are fixed and the future is unknown, beyond our control and in no way guaranteed. We are dedicated to creating ‘ambromoments’, transcendent moments fully lived and realised, moments that acknowledge our impermanence but connect with the eternal.

Even though our product is physically produced in Scotland and is sourced from the best local ingredients, the XMUSE brand is based on inspirations and creative references that transcend time and space, disciplines, and cultures. Tradition blends with cutting edge technology, East comes with West, design embraces dance and dance embraces poetry.

X MUSE ambition is to transcend time. We aim to create timeless objects and craft experiences that live forever in the memory. We believe that what we create is never inert but charged with human energy, effort and creativity, that they establish connections and create dialogue. We look only to transcend and connect, and challenge anything that would deny, interrupt or mis-direct that connection. 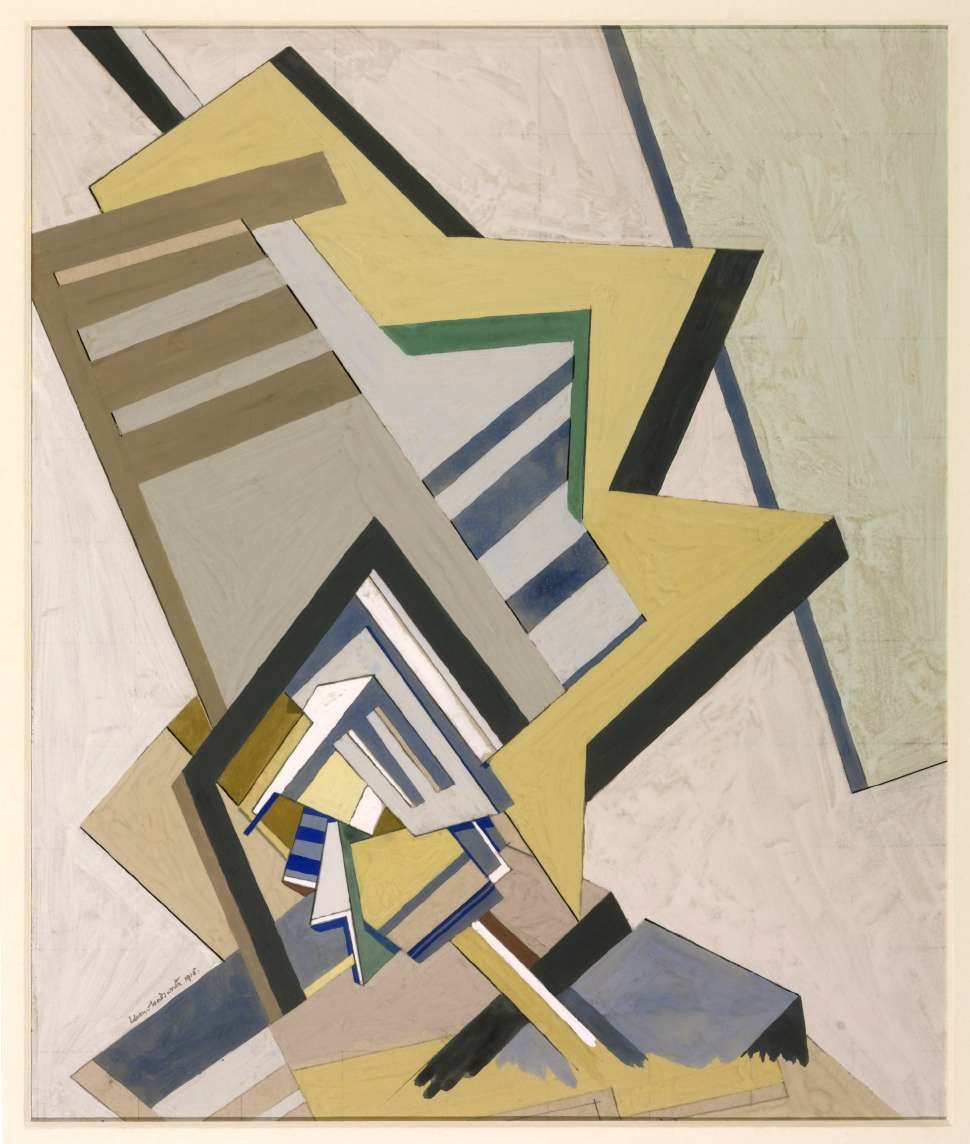 While tradition, science and technology are crucial to our production process, we have also introduced a little magic. We like to believe, as did poet and literary modernist Ezra Pound, in the power and purging force of the vortex. In 1913, Pound coined the phrase Vorticism, christening a new artistic movement that celebrated the vortex, the collision of geometry and kinetic energy.

During the alcohol reduction process, we add a small amount of water – we call them Magic Drops – that has been energised in a glass vortex, water not just clarified but metaphysically charged. Indeed, to ensure our Magic Drops transmit the right kind of energy, we rest that water in vials containing purple Amethyst quartz. Geology and geometry at their most beguiling, Amethyst, sometimes called ‘stones of light’, was once valued more highly than diamond and for millennia has been thought to offer all manner of healing and protective properties. Quartz can also, of course, conduct electricity and we imagine our Amethyst the carrier of the universal spark.

In healing traditions, over the millennia, have understood water to have a memory, an ability to carry an energetic healing message. Paracelsus (1493-1541), the Swiss philosopher and greatest physician of his time, described this energetic water as Undines, the elemental beings associated with water. A bottle of Vodka is 60% water, its quality, energy and provenance is its essence.

The Story of X Muse starts with its water and it is its energised water that sets it apart.