Picasso may have the bigger reputation but the most influential artist of the last century is (almost certainly) Marcel Duchamp. The French-American finally untethered art from representation and lashed it to conceptualisation; it was now about ways of thinking, not ways of seeing. His most famous works are his ‘readymades’, including Bicycle Wheel, a bicycle wheel attached to a stool, and the infamous Fountain, a urinal, signed R.Mutt, first shown in New York in 1917. (People tend to forget that the urinal in question, at the angle Duchamp showed it, had a kind of formal beauty). His most complex and debated piece though is The Bride Stripped Bare by Her Bachelors, Even, often called The Large Glass, two 9ft-tall, bisected panes of glass sandwiching a complex system of geometric shapes and symbols. Duchamp ‘explained’ the composition in a guidebook, of sorts, called The Green Box, though it only added to the mystery and mystification around the piece. It has been called a kind of ‘love machine’, though it’s hard to define the kind of love it makes. It remains though a challenging and beguiling landmark in art history. More recently critics have pointed to the influence of alchemy and occult and esoteric traditions on Duchamp’s complex symbology. The Oculist Witnesses, a series of symbols that appear in The Bridge Stripped Bare, Even (The Large Glass), have been re-imagined by London design studio A Practice for Everyday Life as part of X MUSES’s brand identity. 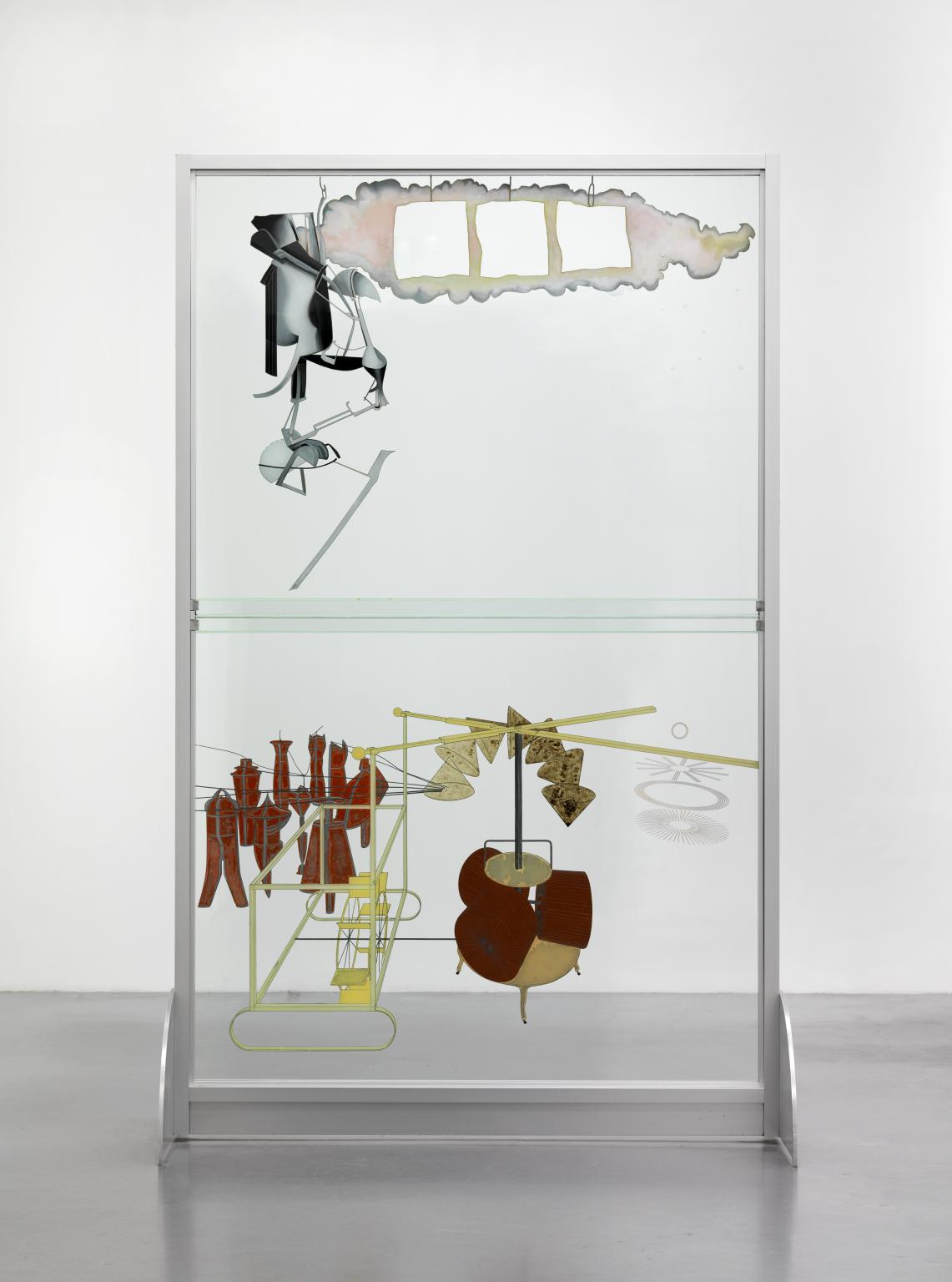 MARCEL DUCHAMP
The Bride Stripped Bare by Her Bachelors, Even (The Large Glass), 1923 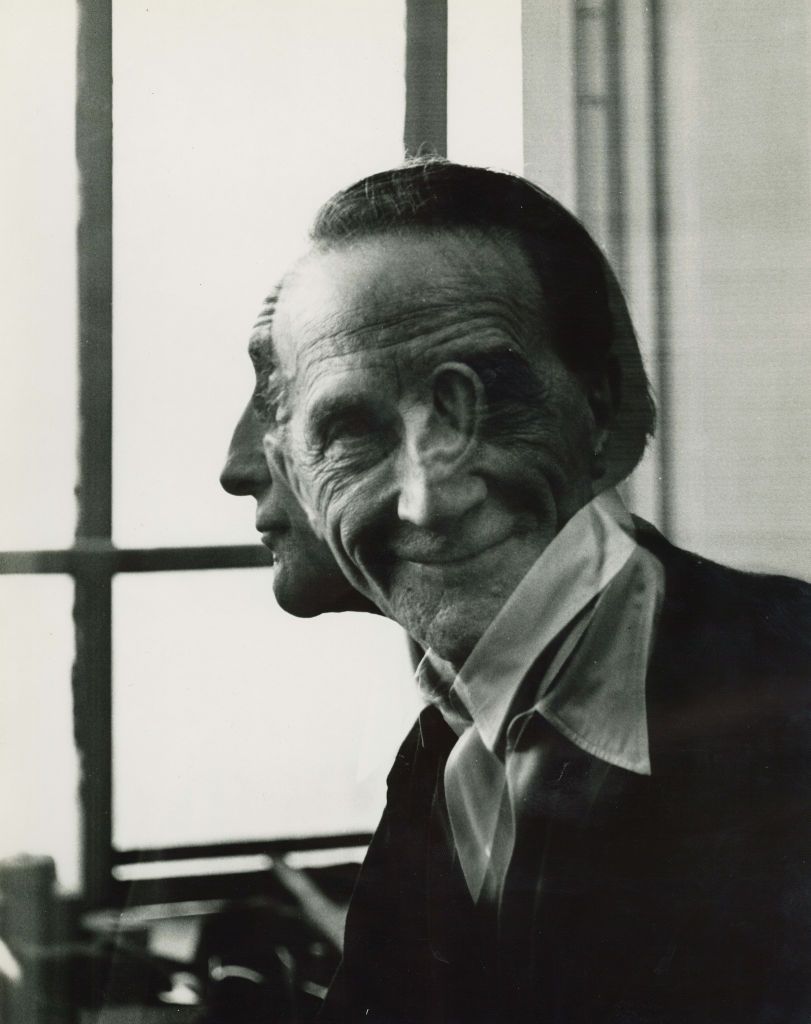