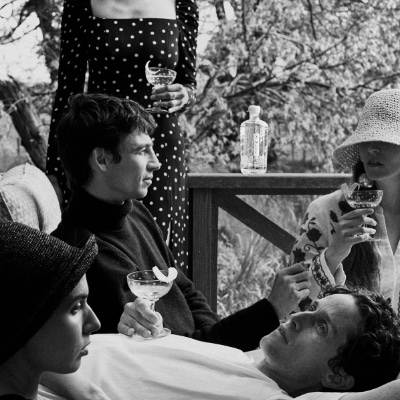 The Philosophy Behind X Muse Vodka

X MUSE vodka - pronounced TENTH MUSE vodka - is the first blended barley vodka and is inspired by the spirit-making traditions of Scotland. X MUSE is a Scottish vodka created like no other, rooted in history and ancient traditions, established and mysterious with a focus on the arts. The X MUSE founders believe in technology and magic, having experimented and re-engineered, pushing beyond common traditions to create an augmented spirit, dedicated to its intense and elevated experience. As a brand, we employ craft and creative methods, blending a combination of heritage barley and the purest water with a focus on the arts to create a one-of-a-kind delicious vodka that offers the deepest and richest characters and qualities.

Our brand name - X MUSE (tenth muse), holds several layers of meaning, containing multiple references. In Greek mythology, there are nine Muses, all of which are known for heavenly art and creativity and are named with inspirational roles specified. The Tenth Muse is unnamed, unknowable and beyond form, representing all that is unseen, uncaptured, undefined and understood. The TENTH MUSE symbolises our brand philosophy: “More is hid than uttered”. Combining and focusing the powers of her nine sisters, the tenth muse helps to push us to perfect balance and harmony, both qualities which are found in our vodka.

X MUSE is not only a type of vodka made in Scotland but is also the title of a sculpture by a great Scottish artist, poet, philosopher and gardener named Ian Hamilton Finlay. The sculpture was installed in 2008, two years after Ian Finlay’s passing, and is just one of several of Finlay's works at Jupiter Artland. It depicts a bust of the poet Sappho - with Plato insisting that she deserved the title - placed on top of an eight-foot column of Portland stone. It is from this piece, filled with rich, complex resonances and unparalleled beauty, which we take our name from.

There are two types of heritage barley used to create our delicious vodka blend, which are Maris Otter and Plumage Archer barley, and are distilled individually before combining these in precise amounts. This process is unique to X MUSE, using careful orchestration of barleys full of flavour, making our vodka silky smooth and delicious.

Barley holds strong elements of symbolism and significance and its cultivation is older than written history. In ancient Greece, an ear of barley represented eternal life and the cycle of resurrection after death within Eleusinian Mysteries. It is likely that the barley was the basis of the very first ever alcoholic beverages consumed by Neolithic man. Today, barley is part of the core of spirit-making traditions throughout Scotland.

The two variations of barley used to create X MUSE vodka are grown in the UK and it is this mix of barleys and flavours which make X MUSE ideal for both sipping as well as an important component for a variety of cocktails and martinis.

X MUSE vodka is the first of its kind, a spirit blended with barley vodka and distilled in Scotland, a country that has centuries of spirit-making traditions. We have drawn inspiration from the long-standing methods, elements, ingredients and processes, integrated with ancient arts and new sciences. As a brand, we have studied an array of spirit-making traditions and the originations within alchemy. We are consistently looking at forward-thinking options whilst adopting science and technology when required.

X MUSE vodka is derived from quiet innovation and a refusal to be constricted by the usual normality. Our brand does not believe that vodka should be colourless or odourless, but in fact, should be a pocketful of complex aromas in both its taste and scent. It is not derived from a singular tradition or place, but concentrates on the wider spectrum, of the essential, distillation and purification. It is rooted in a process that instils perfection. It is our belief that a barley-based vodka produced in Scotland, drawing on history and experience, ancient arts and newfound sciences, can and will be of the richest and deepest qualities.

We strongly believe in creating an ambitious vodka that is inviting, delicious for sipping and savouring every drop. That is the spirit maker's ultimate challenge. X MUSE focuses on its purity and intricate flavours, with strong beliefs that quality vodka can not be bolstered by botanicals or left in oak barrels, but must be recognised for its own values. This is the measure of X MUSE.